What if public transportation was free & effective? 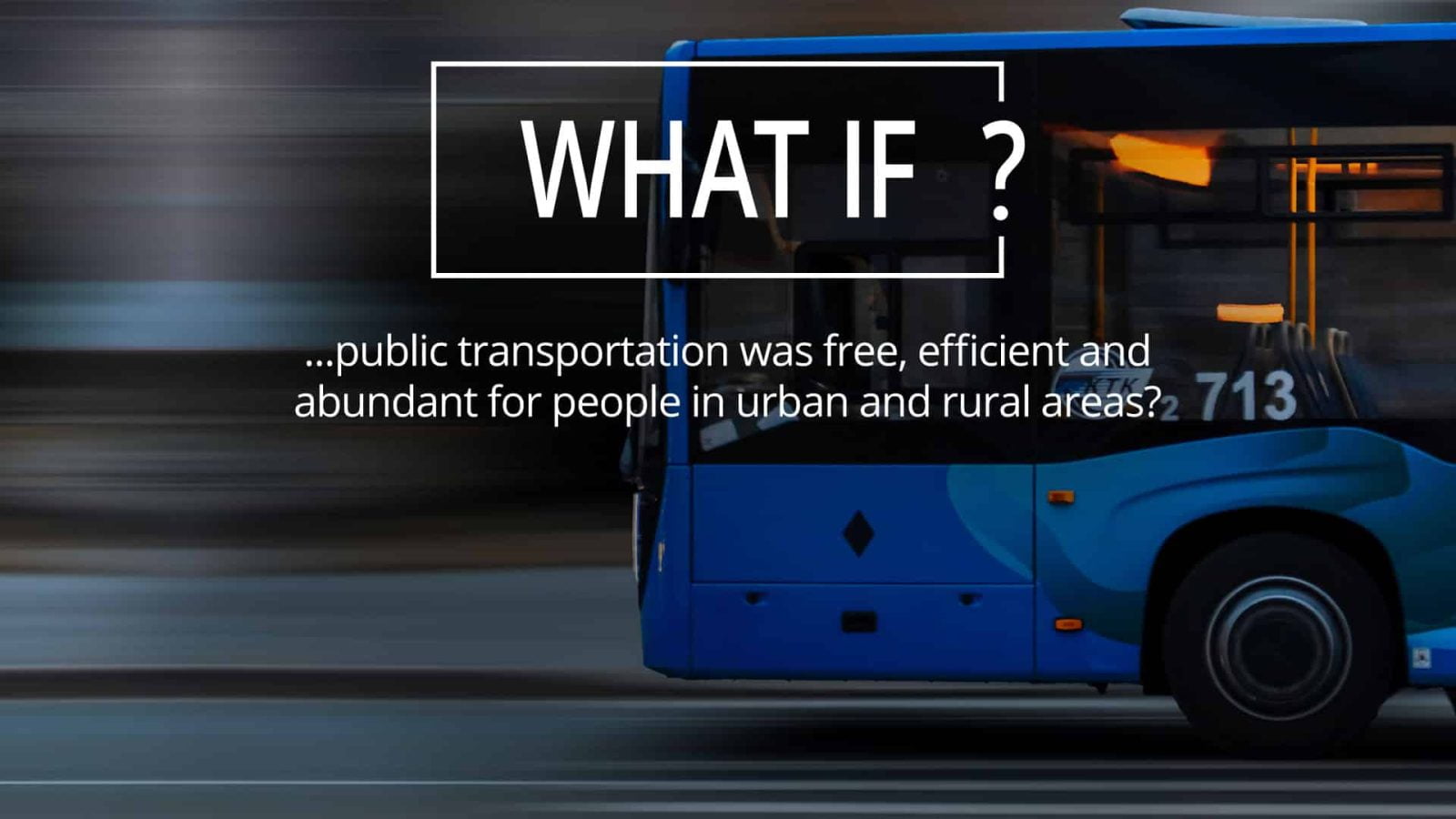 A short reflective post today. My husband and I have a conversation about transportation periodically. It goes like this:

And then the conversation moves on.

I read an article in The Guardian with Michelle Wu about her commitment to providing free public transportation, and the benefits are already proving to be  significant. In fact, she talks about this as an investment where “we very quickly see the returns”, based on the success of an initial project in which three bus lines that serve predominantly low-income areas and people of color are now free.

The initiative has been a game-changer for folks struggling with their basic cost-of-living expenses: she talks about people not having to panic about how to pay bus fare to get to work or school. If it is embraced across the city, however, the reduction in CO2 emissions would be an additional benefit, as would the opportunity to create a “flatter” society in which rich and poor use the same services to get around town.

Just imagine if rich people had to take public transport to get to and from work, or to do their grocery shopping, or to come home after a night on the town: I am guessing that there would be regular buses (and/or trains) that travelled along sensible routes, that had priority in traffic, that ran from early in the morning to late at night. Oh, and perhaps there would be enough transportation, so that being stuck standing on a bus for two hours wouldn’t happen.

“…what we know from city government is that you can do big things by getting small things right.” – Michelle Wu

What if we asked our local representatives to find a way to offer free public transportation for everyone?

What would that mean for our communities?

What would that mean for people affected by all the increasing food and cost-of-living expenses?

What would that mean for our streets? Perhaps more space for children to play in so-called “public spaces” that we seem to dedicate to cars!

What if we asked our communities and cities to find ways to fund local free public transportation initiatives?

Countries find money for wars. Here in Austria, elected officials find ways to pay astronomical amounts of money for bog-standard websites. In my home country of South Africa, politicians find money (not their own) to build sprawling estates that are eye-wateringly expensive and luxurious.

So why can’t they come up with creative ideas to reduce CO2-emitting vehicles off our roads and create a space for us to travel freely and for free around the beautiful and not-so-beautiful areas around us?

I think it’s doable. I think it’s worth writing a letter, or starting a conversation, or getting a group together.